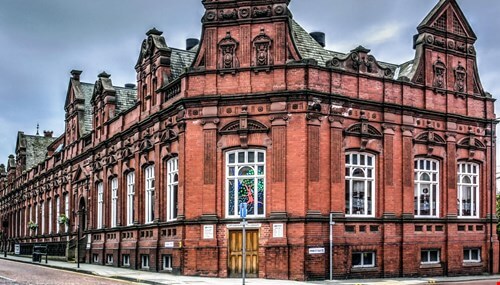 ORGANISATIONS across Darlington have joined forces as it bids to become the UK's most autism-friendly place.

Darlington has launched a partnership with the North East Autism Society (NEAS) to make life easier for people with autism and other neurodiverse conditions.

The campaign is being launched today (Thursday, March 7), during the inaugural BookFest literary festival.

The book, about a little white hedgehog who overcomes bullying in the wild, has been published with the support of NEAS and Jonathan, who has Asperger’s Syndrome, has been made an ambassador for the society.

Jonathan’s ambitions to be a children’s book illustrator will be featured on ITV’s ‘This Time Next Year’ television programme, presented by Davina McCall, on March 12.

A working group has been established in Darlington to drive the campaign forward and is chaired by Councillor Andrew Scott, Darlington Borough Council’s Cabinet member for health.

Darlington Borough Council has made a commitment to roll out autism awareness training to all frontline staff.

A host of businesses and organisations have also pledged their support for the Darlington initiative by agreeing to staff awareness training or taking part in autism-friendly events.

Last year, the Cornmill Shopping Centre launched a monthly “quiet hour” on Sundays for families affected by autism and other neurodiverse conditions. It proved so popular that it became a weekly event.

Councillor Scott said: “Darlington has set out to become a shining example of the way the needs of people with autism and other neurodiverse conditions are considered. The response from local businesses has been overwhelmingly positive and we are now well placed to build on the momentum ahead of World Autism Awareness Week at the start of April.”

NEAS chief executive John Phillipson said: “Darlington is showing the country the way by uniting behind a common goal to make a positive difference to the lives of people with autism and other neurodiverse conditions. We are delighted to be working with such a forward-thinking town.”