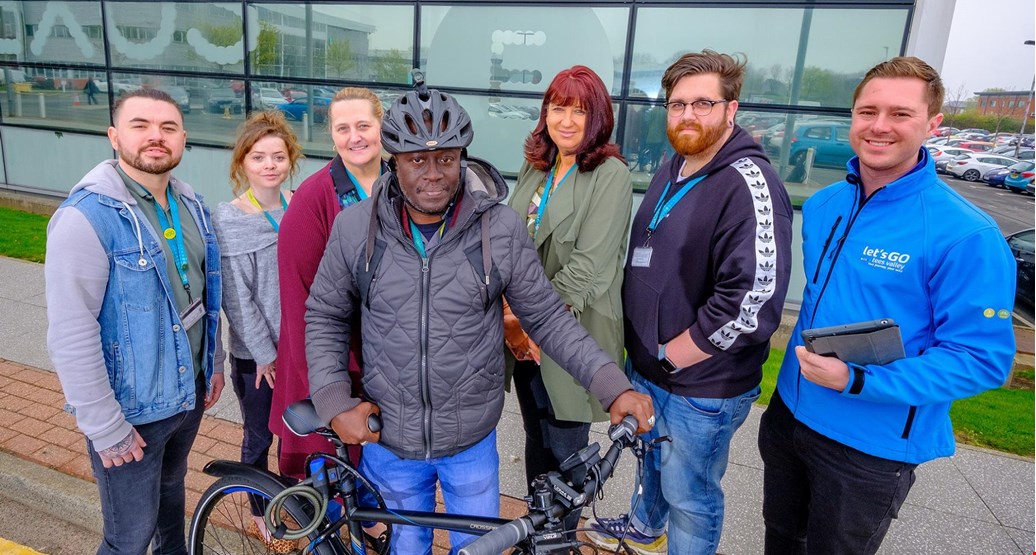 “Cycling is brilliant; it takes me about 35 minutes to cycle to work compared with 20 minutes in the car, but I get exercise and fresh air and generally just a buzz.” said Nick Dent, 54 from Middlesbrough who used his bicycle to get to work during the week-long challenge.

Figures released by Let’s Go Tees Valley from its recent Commuter Challenge during National Bike Week (8th to 16th June) show that of those that took part in the challenge 15% switched to riding a bike to work.

Dent, 54, explained: “My car journey is usually along the A174, the A19 and the A66 which are generally not bike friendly, so I plotted a route from home to the River Tees and then once at the River Tees there is a dedicated cycle path to work. This is the route I used during the Let’s Go Tees Valley Commuter Challenge.

"Plus, I don’t get caught in traffic jams and I can prepare for the day ahead or just watch the rowers on the river. It’s cheaper to cycle, I exercise whilst travelling to work so that I don’t have to make the effort when I get home, and there is a certain community spirit amongst cyclists, as I found when my derailleur snapped, as there is amongst runners.”

Laura Duncan from Hartlepool was one of the participants who took to cycling during the Let’s Go Tee Valley Commuter Challenge. The keen rugby player, who works at a local leisure centre, found the five-mile round trip each day helpful for maintaining her fitness.

The 34-year-old said: “I've really enjoyed the journeys to and from work on my bike.  The benefits from riding to work just make me feel mentally and physically more prepared to face the day!

"I cycled to work five days a week during the Let’s Go Tees Valley Commuter Challenge, which is usually about 2.5 miles and then cycled back home after work adding some extra miles as the weather has been so good lately. I’ve also been going out for rides at the weekend with my family.

"I have really enjoyed being out on my bike and it's something that I've kept up as it's also helping with preseason rugby fitness. I'll be looking forward to the next challenge in September.”

Commuters also took to other means of transport to get to work, including bus, train, walking and car sharing. In all, over 10,100 sustainable miles were travelled, with a 10.4% increase in car sharing, 9.2% increase in walking, 4.5% increase  in bus use and 3.7% increase in train use. The result was a drop in driving the car alone of over 41% amongst challenge participants.

Tees Valley Mayor Ben Houchen has also praised the scheme for its benefits to the local area and the people who live and work there.

Tees Valley Mayor Ben Houchen said: “The Let’s Go Tees Valley Commuter Challenge has seen a fantastic turnout and it’s great to know people like Laura and Nick are seeing the benefits of getting more active to and from work.

“In the past two years, we’ve invested almost £4million to improve travel for pedestrians and cyclists across Tees Valley. These include the new Parkgate Bridge in Darlington and refurbishment of cycle infrastructure along the Brenda Road in Hartlepool, making these safer, smoother and quicker than ever.

“I’d like to say a huge well done to everyone who took part in the challenge, and I hope they’ll keep up their good habits, improving the quality of life in the Tees Valley.”

To see a full breakdown of national cycling statistics, visit the Cycling UK website at: www.cyclinguk.org/statistics