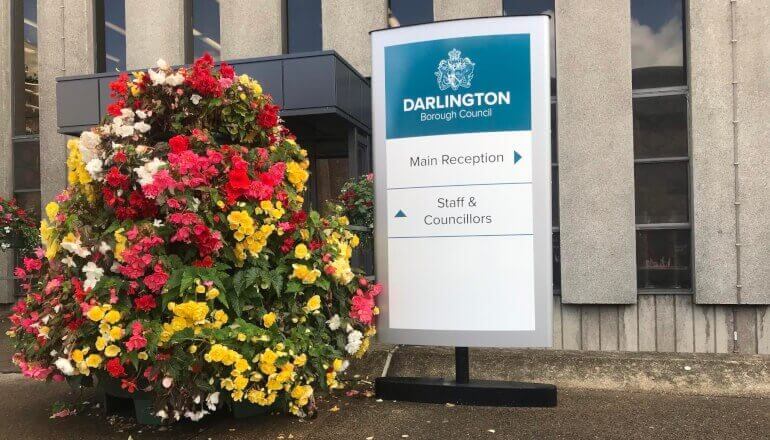 The council has secured a property closure order on a house in the town after reports of suspected drug dealing and anti-social behaviour.

Newton Aycliffe Magistrates’ Court granted the property closure order on the privately rented property in Chandos Street on Thursday (21 April), after hearing of reports of alleged drug dealing and anti-social behaviour and that previous warnings had been ignored.

The property has now been boarded up and is closed for three months under the Anti-Social Behaviour (ASB) Crime and Policing Act 2014 – meaning no one can enter the house for this period and anyone who breaches this will be arrested.

By granting the order it means the court was satisfied the necessary criteria, such as criminal, disorderly or offensive behaviour has, or may, take place in the house.

“We’re pleased the court has granted the closure order and it sends clear signal to others that anti-social behaviour will not be tolerated in Darlington.

“Our Civic Enforcement Officers work very closely with officers from Durham Police and other partners in a targeted way to ensure our local communities do not have to endure anti-social behaviour and the negative impact it has on their quality of life.”

“The comings and goings from this address have had a significant, negative impact on the lives of those who live nearby and there have been incidents of violence, anti-social behaviour and suspected drug-dealing.

“The police and local authority have worked together to improve the lives of those residents affected by this address.”

One of the nearby residents said after the order was served: “I’m so pleased they’ve gone, I’ve had very little sleep in over a year. They’ve caused no end of misery with unsavoury characters coming and going at all hours, I can finally get some sleep. Thank you.”

Anyone with information about anti-social behaviour in their neighbourhood can contact the Civic Enforcement Team on 01325 406999 or email [email protected].