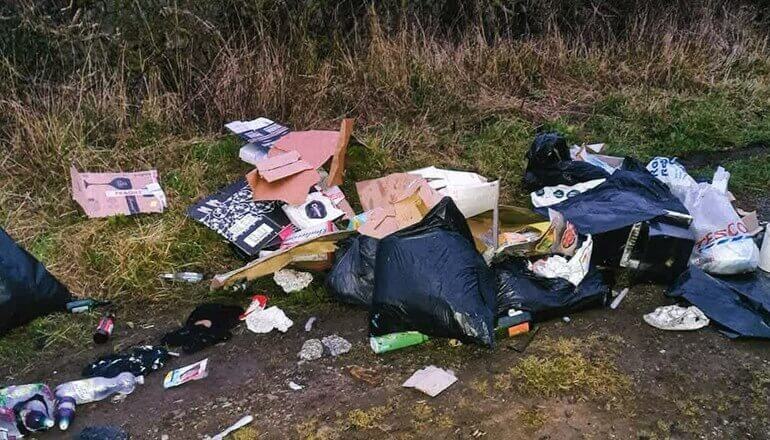 Two County Durham men have been ordered to pay £876 each in fines and costs after failing to attend for an interview relating to a fly-tipping incident.

The matters were found proved at Peterlee Magistrates’ Court on Wednesday 7 September. They were each fined £660 and ordered to pay £150 costs and a victim surcharge of £66.

The details of the case were that on 20 December 2021, Civic Enforcement Officers attended reports of a fly-tip at New Lane, Heighington. Inquiries enabled them to identify the vehicle involved, which was traced back to the two men.

They were invited for interview on 9 March 2022, but both failed to attend or make contact for alternative arrangements to be made.

Councillor Mike Renton, the council's cabinet member for stronger communities, said: “Fly-tipping will not be tolerated and our civic enforcement officers work closely with police and other partners to tackle what is a blight on our environment.

“This case sends out a clear message that those who fly-tip will be caught and you will be prosecuted.”

You can report a fly-tip, or anyone you see fly-tipping, online at www.darlington.gov.uk/reportit.

Information on the correct means of disposing of all types of waste can be found on our website www.darlington.gov.uk.

Most household items can be disposed of for free at the tip – for more details visit www.darlington.gov.uk/tip.

If you can’t get to the tip you can book a Bulky Waste Collection – for more details visit www.darlington.gov.uk/bulkywaste.