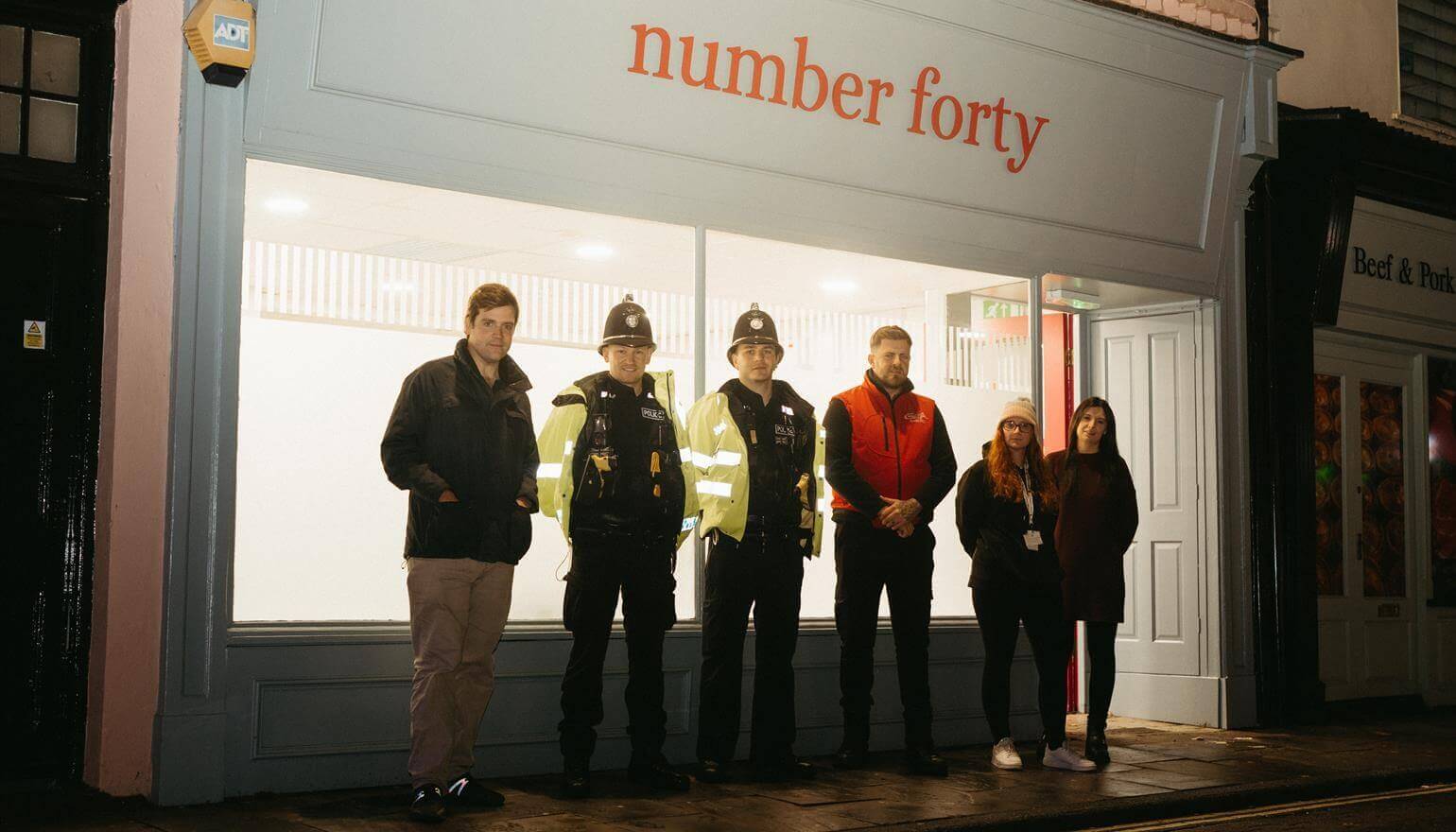 Weeks after its doors opened for the first time, a safe space in the town centre has been providing a welcome haven for people on a night out.

Number Forty, on Skinnergate, is open from 9pm-3am on Friday and Saturday nights to provide help to anyone who feels vulnerable, unwell or has been a victim of crime. It is staffed by trained security staff and volunteers who are on hand to offer help whatever the situation.

Since it opened at the start of September, Number Forty has helped lost party goers reunite with their friends; provided first aid; helped people get to hospital; called taxis and family members; supported victims of crime and handed out free water, flip flops and ponchos*!

Number Forty is supported by the Darlington Safer Streets partnership, which includes the council and Durham Constabulary. It is just one a number of recent initiatives implemented to increase safety and the feeling of safety, particularly among women and girls in the town centre.

Mike Renton, cabinet member for stronger communities, said: “The work which has taken place at Number Forty in the last few weeks has been amazing. We know that the town centre can sometimes be an intimidating place at night, especially for women and girls, and that is where Number Forty comes in.

“People have come in with all sorts of issues and problems and it’s great that our volunteers are on hand to help whatever the situation.

“I want to thank everyone who has given up their time to run Number Forty as well as those who have donated cash, drinks, sanitary products and other essentials. It is a fantastic community effort and I know the people of Darlington really appreciate it.”

Joy Allen, Durham Police and Crime Commissioner, said: “The addition of Number Forty in the town centre has helped to increase public confidence and reduce the fear of crime by providing a space where people can access help if they are feeling at risk or vulnerable. I am delighted local people are already taking advantage of the advice and support available and I hope just knowing this service exists provides reassurance to local people, especially women and girls, and increase their enjoyment of the town, which is exactly what the ‘Safer People’ priority in my Police and Crime Plan aims to deliver.

“I am proud to be working together with our local partners on the Safer Streets initiative. This project is a fine example of the improvements that can be achieved by organisations working together towards a common goal. I am grateful to all the volunteers who have donated their time, skills and resources to make this project a success.”

Inspector Dean Haythornthwaite, of Durham Constabulary, said: “Number Forty is proving to be a fantastic asset to the town, and it has been great to see the community interest in the project.

“The staff have already helped dozens of people at a time of increased vulnerability which is another significant step forward in making our town a safer night out.”

Safer Streets is a UK-wide Government initiative that has seen County Durham and Darlington receive over £ 1.5m over the last 18 months to make the region safer through a variety of projects.

You can also make cash donations – all money will be used to buy supplies for Number Forty.

*Examples of some the people Number Forty has helped:

“People have come in with all sorts of issues and problems and it’s great that our volunteers are on hand to help whatever the situation.”