The government has set out an ambitious case for a step-change in cycling and walking to help tackle some of the most challenging issues we face – improving air quality, combating climate change, improving health and wellbeing, addressing inequalities and tackling congestion.

One of the first two priority schemes to be delivered with the initial funding is Woodland Road in Darlington, which forms part of the West Park to Faverdale and Darlington Town centre route.

The first phase of the route extends along Woodland Road from the Hollyhurst Road junction eastwards and then via Outram Street to Duke Street.

Woodland Road is a wide road enabling the traffic lanes to be maintained in both directions, whilst reallocating some of the road space to cyclists through the provision of a stepped cycle lane.

This is a cycle lane that is at a lower level than the pavement but slightly higher than the road surface, thus providing a more obvious segregation from the traffic and pedestrians.

It will provide a continuous route for cyclists without the need to cross side roads. These cycle lanes will be mandatory meaning parking and loading is not allowed to ensure they are kept free for cyclists.

The plans for Duke Street will formalise the one-way traffic system and 20mph speed limit introduced in 2020, as well as adding a dedicated contraflow cycle lane on the south side of the street and widened pavements on the north side to allow for better pedestrian access.

Consultation on the proposals took place between 14 December 2020 and 3 February 2021.

Overall there was support for the proposals, especially making the temporary 20mph speed limit on Duke Street a permanent change and reopening Winston Street West car park to off-set the proposed reduction in parking spaces on Woodland Road and Duke Street.

We considered all the responses and incorporated some changes to the scheme, in particular to better meet the needs of disabled people, to minimise the removal of trees, and to provide more loading to support businesses.

Construction started on Woodland Road on 15 November 2021 and this section was completed in October 2022.

Objections and comments were received from a number of businesses in Duke Street.

Following further changes to the design and further consultation, three objections remained and a public inquiry took place on 30 March 2022.

One of the objections was withdrawn before the inquiry started. Therefore the inspector considered the two remaining objections, plus three additional objections received after the deadline and comments and questions raised at the inquiry by members of the public.

This is the scheme design which was considered at the inquiry, Duke Street layout [pdf document].

To view the outcome of the inquiry, which concluded that the proposed alternations could go ahead, visit our Duke Street public inquiry page. 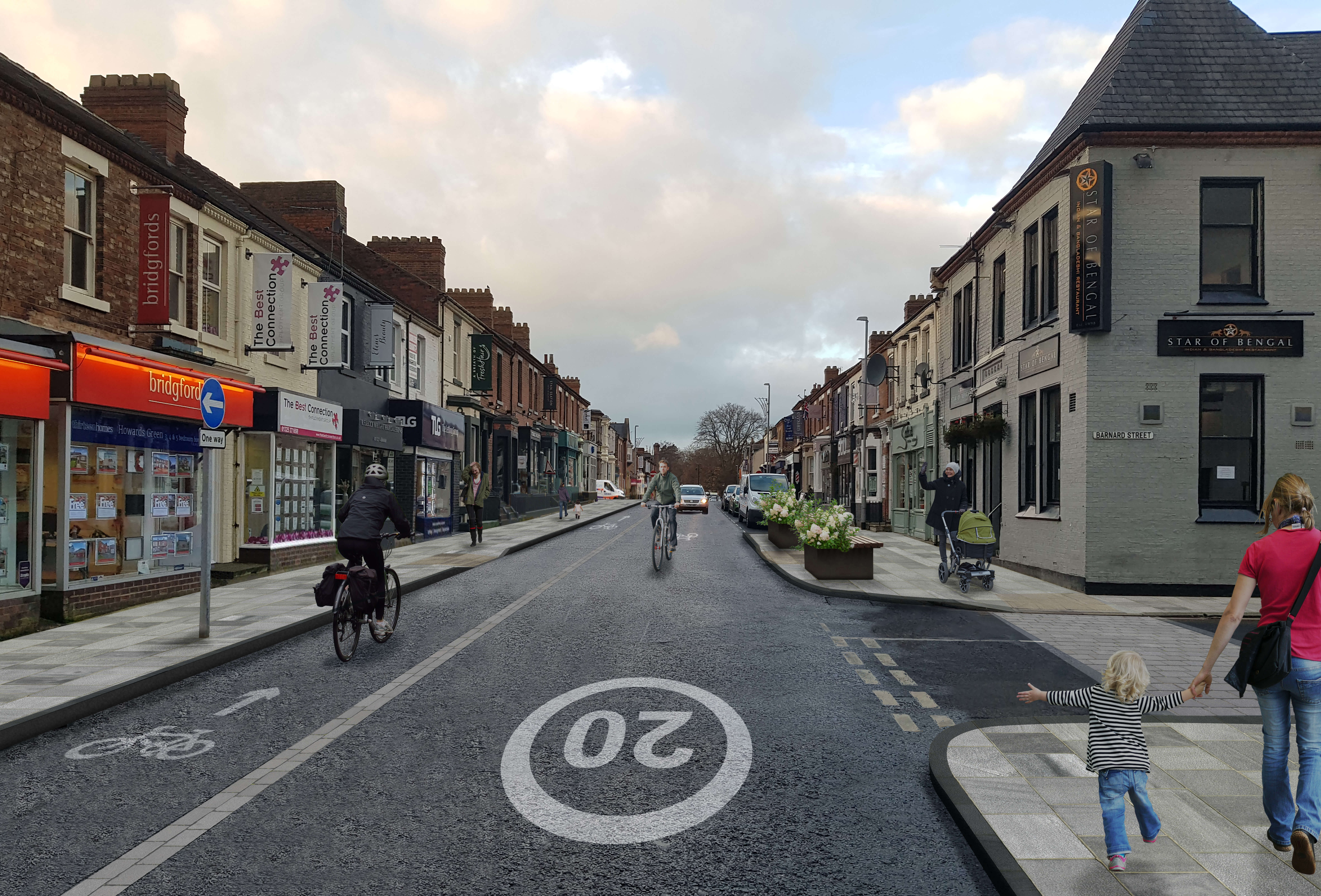 The second phase will see the extension of the route from Hollyhurst junction along Woodland Road via the Tennis Dene to Deneside Road which will be traffic calmed.

The footways will remain mostly unchanged, with priority crossing being introduced on side streets to give greater visibility to people walking along Woodland Road.

Additional cycle infrastructure will be constructed as part of proposals for a wider highway improvement scheme which incorporates significant changes to the roundabouts at Cockerton and Woodland Road/Staindrop Road/Carmel Road.

Consultation on proposals for Phase 2 on Woodland Road took place between 14 January 2022 and 11 February 2022, with the details to be published in due course. 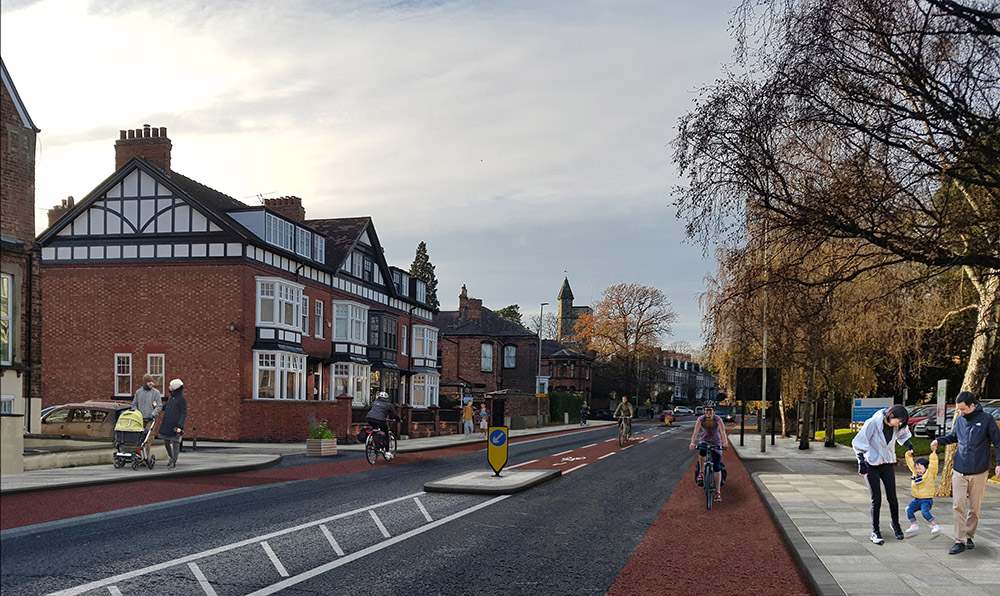